I started friday out perfect with coming in to the morning meeting of our group, write the abstract for our paper and request some extra information from some of the co-authors (small things like links to examples and the likes). The paper was written and all in all I thought we were well on track and I could go on weekend without worrying too much. I was wrong. Later that day i talked to my my co-author that suggested quite substantial restructuring. I agreed that it was a good idea and agreed to do so. At this point the abstract had been submitted, I called it a day and headed back home to pack my suit case – plus buy birthday cards for the birthday girl. I had been home early from work and my plane did not leave until 21.30 – and yet I still had to rush through inner city of Kiel to get to the Kielius (the shuttle to Hamburg Airport). I really must learn to plan my time better! In the Kielius I restructured the paper and In the airplane I subsequently read through the paper and started proof-reading it.

Saturday morning started out with correcting the mistakes I had found in the paper friday evening (there was a lot) while the birthday girl was playing with the kids she takes care of. I’m such great company :-p Besides that small amount of work I was able to relax with her and prepare for the birthday party – and figuring out which of the two shirts I had brought along I was going to wear. I am one of those guys with an inability to choose what clothes I will wear to a party – in Kiel I would probably iron three or four shirts before settling on the first one I ironed.

The birthday girl had invited her guests for dinner at 19.00, yet most of them arrived fairly early. Like 15.30. The early arrival of the guests had the side effect that she had plenty of help in the kitchen. Thank god, I wouldn’t have known how to help preparing the dinner. Besides a malfuctioning stove the evening was relatively uneventful.

Sunday was travel-back-to-Kiel-day. I had planned to work while waiting in CPH but failed to do so and instead finished the early of this post. I say the early version becasue I rewrote when I got back home to Kiel. My plane was delayed slightly in CPH and since it was already a bit tight (on schedule) time-wise to catch my ride to Kiel with the Kielius from Hamburg I was a bit anxious. However, I was pleasantly surprised when I saw the plane landed in Hamburg almost on time and thought “If only the busses are quickly to drive us to the gate then I can make it. Maybe I will have to run through the terminal – but I have done that often already – I can make this”. I was quick to get up standing in the hall-way – ready to rush out the plane immidiately as the door opened. There was just one problem. The doors didn’t open for 15 minutes or so. Apparently there wasn’t enough busdrivers in Hamburg Airport to serve the incoming planes and so we had to wait. Just my luck. When I finally got to the terminal the Kielius was supposed to have left but I had a tiny hope: sometimes Kielius leaves late becasue there is a lot of passengers having to board the bus. So I rushed through the airport, got to the bus stop and saw a queue in front of the Kielius. Actually there were too many people for the bus, so I would have to wait for the next one. Luckily, I talked to a colleague of mine (who already on the bus) that said there was a free seat next to him and who told the bus-driver that then let me on board.

I haven’t felt that lucky ( travel-wise) for a long time.

One thought on “Travel Time” 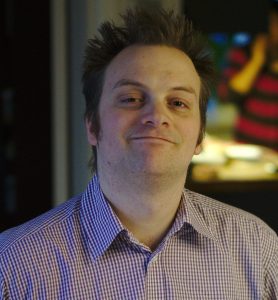